“I think that’s why this came as such a shock to us, because, we were just a normal family, enjoying an active lifestlye and then all of a sudden, you end up in this world that you didn’t even know existed.”

On a warm summer's day, nine-year-old Jamison was warming up for his Zone Swimming Carnival, with mum, Christie, watching closely on the sidelines. Being an avid athlete, this pressure and level of competition was normal, almost regular; however, Christie began to notice something wasn’t quite right.

“He seemed quite pale next to the other kids and looked like he didn't have the same level of spark that he normally had, like he was off in some way,” explained Christie.

The very next day, Christie took Jamison to get a blood test to check out what might be going on. Thinking it may just be low iron levels or fatigue, Jamison went back to school, never expecting what was to come next.

“I honestly thought they'd say, ‘Oh, he's anaemic and here’s a course of iron tablets for him,’ but instead, I got a phone call from the GP saying, ‘Christie, I'm really sorry, but you have to take him to the Emergency Department. We've made the arrangements, go straight to Sydney Children's Hospital, Randwick,’. In an instant, our whole world was turned upside down.” 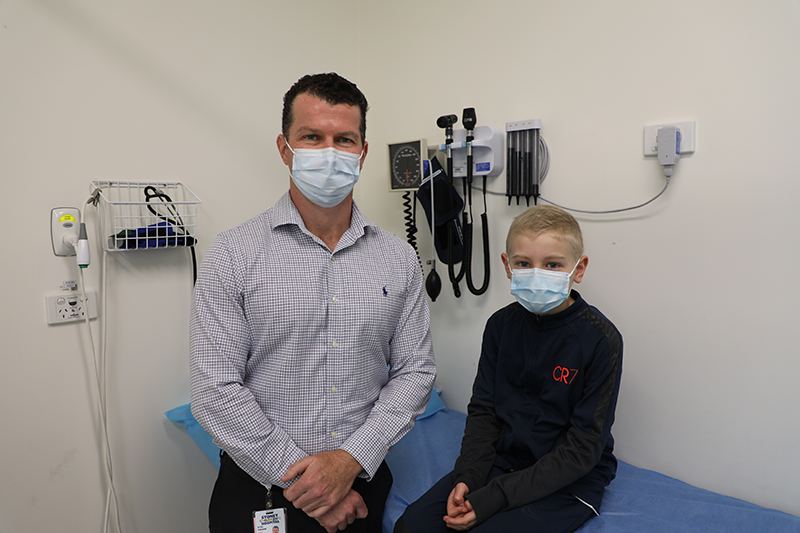 For the next six weeks, Christie and husband Tim had an agonising wait as teams of doctors raced against the clock to work out what was going on. Only one thing was certain – Jamison had bone marrow failure, but no one knew why.

"Jamison wasn’t a sick kid, rarely missing a day of school, so every week, I thought, ‘this is the week he’s getting better, and everything's going to turn around, and we’re going to be alright’.”

Unfortunately, as the weeks went by, it became clear that Jamison was not going to get better on his own. Finally, Jamison's medical team confirmed he was suffering from severe aplastic anaemia - a rare disorder in which the bone marrow fails to produce enough blood cells.

“The first thing I said was, ‘Is he going to die?’ I’d never even heard of aplastic anaemia.”

Thrown into this world they’d never known, Christie and Tim had to quickly come to grips with this diagnosis. 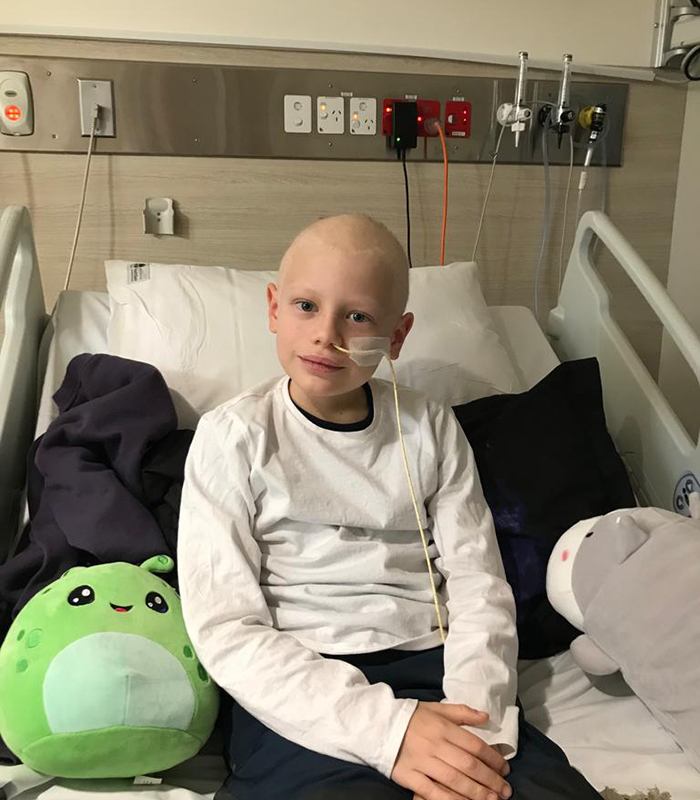 “It's a pretty rare condition, and it comes about for reasons that we don't quite fully understand just yet. Children get viruses all the time, but sometimes when they get a viral infection, their immune system can get confused and rather than attacking the virus, they can start attacking their own stem cells that live in the bone marrow,” explained Dr Adam Nelson, Staff Specialist in Bone Marrow Transplant and Oncology at the Kids Cancer Centre.

There are different types of aplastic anaemia. In Jamison’s case, it was very severe. Jamison was unable to make enough haemoglobin to carry the oxygen around the body, unable to make white cells to help fight infections and unable to make platelets which help your blood clot and stop the bleeding when you injure yourself.

As Christie and Tim worked through the treatment options with the team, they realised the best option for Jamison was an urgent bone marrow transplant from a sibling donor. But they faced another problem: there was only a 25% chance Jamison’s older brother Lachie would be a match.

Thankfully 12-year-old Lachie stepped up and got tested, determined to do what he could for his little brother. 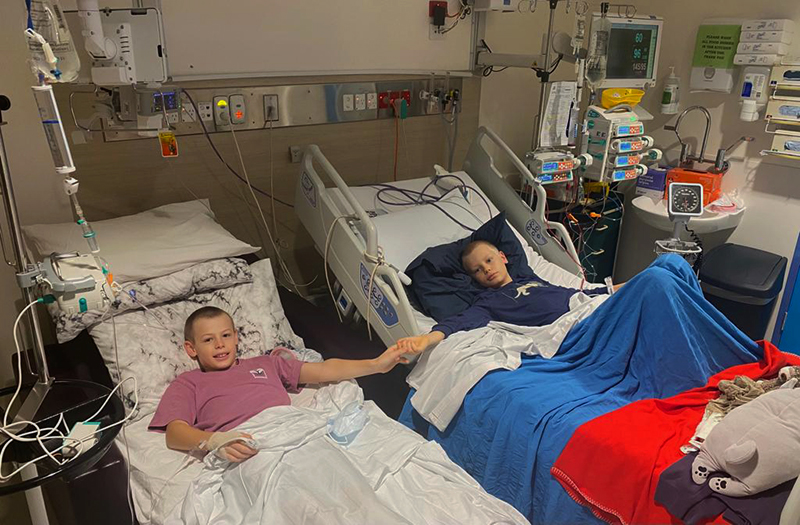 “We will never forget the day the team told us Lachie was a match. The relief that he wouldn’t have to wait for the possibility of another donor coming along was overwhelming.”

After a few short weeks of preparation, including Jamison undergoing high dose chemotherapy, both boys were admitted for transplant and 12-year-old Lachie gave Jamison the best gift any brother could – a chance at a happy, healthy childhood.

“He managed it so well. He was so brave – he’d never had any operations before, so to do that for his brother was just incredible.”

As soon as the transplant was complete, the relief for the family of four was immense.

“We all stayed in hospital that night, and the boys were allowed to see each other after Lachie woke up. It was a pretty special moment when we saw the bone marrow going into Jamison.’’

Thanks to his brave big brother, Jamison had the chance to return to the childhood that every kid deserves, one free of pain, worry and fear. 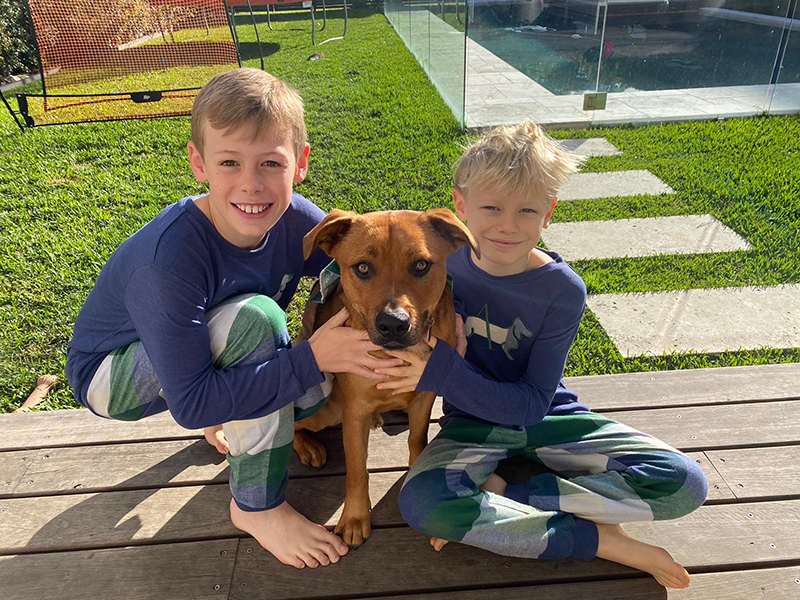 “We don't think they know the gravity of what has happened or how sick Jamison really was, but as the boys get older, we’re sure they will better understand the significance of this amazing gift and incredible bond they now share forever.”

This Christmas, Jamison’s family are asking you to give a gift that will make a lasting difference to other sick kids.

“If you are unable to donate this Christmas, there are many ways you can help, from lighting up your house for all sick kids to giving blood, platelets or plasma at your local blood bank – every single person can make a difference for a family in need this Christmas.”

Dr Nelson is determined to find answers for families like Jamison’s, and is leading game changing research into the causes of aplastic anaemia and other bone marrow failure syndromes. He's also developing T-cells to try to fight viruses that are a common problem for patients who’ve had a bone marrow transplant.

This research will not only help to give families answers but will provide hope for their children’s futures. Hope that these kids can have a chance at the childhood they deserve.

To find out more about the Light Up Xmas Appeal and how you can get involved, visit https://www.schf.org.au/lightupxmas 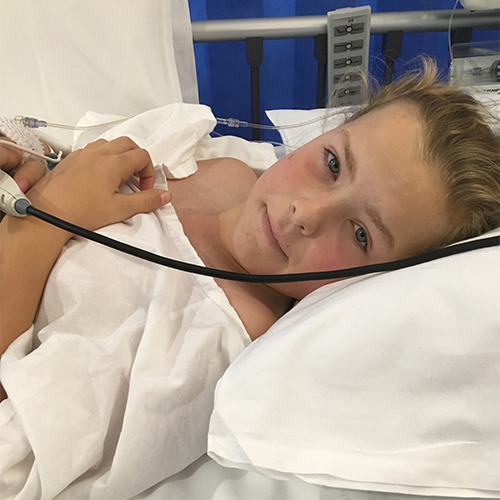 A painful spinal condition couldn’t stop Hannah from chasing her dream to swim for Austr... 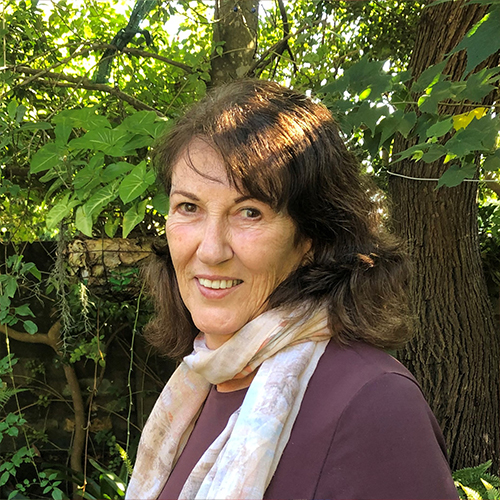 Have you considered the Legacy you would like to leave behind?

This September, SCHF is proud to be participating in Include a Charity Week (5 – 11 Sept... 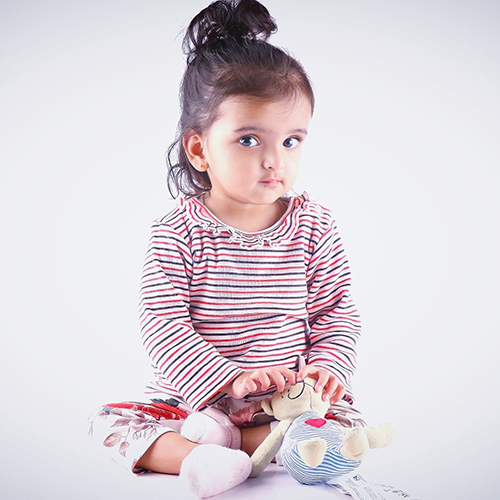 The expert team at the Grace Centre for Newborn Intensive Care at The Children’s Hospita... 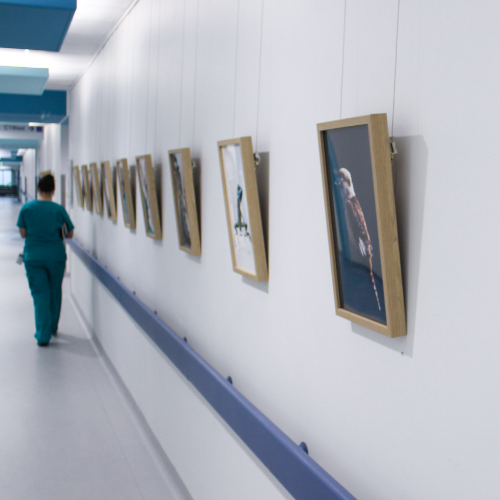 Art is all around us

Have you seen any of the exceptional pieces of art at Sydney Children's Hospital, Randwick... 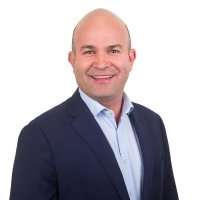 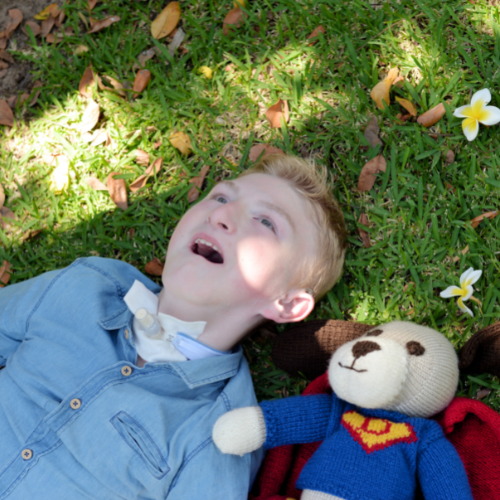 Kobi has a smile and inner strength that lifts his mum, Ella’s spirits on the toughest o...