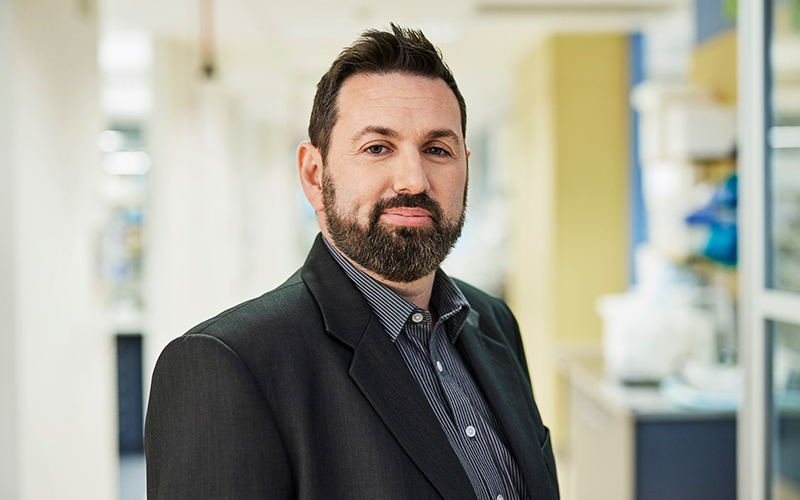 Brittle bone disease directly affects more than 2,000 Australian children and their families. Children experience frequent fractures, bone deformity and other significant health issues. The disease can have 2 a significant impact on schooling and kids’ ability to move around and interact with their peers. The costs and burden to the Australian public health system are also high.

Currently, there is no cure. Children and families directly affected face repeated and extended hospital admissions. The medications available to decrease the incidence of fractures need to be taken continuously and are a band-aid approach to treatment: they don’t address the underlying genetic issue.

In recent years, a new technology called CRISPR has revolutionised gene editing. It allows researchers to make targeted genetic changes under a range of conditions, from cultured cells in the lab to in real, sick patients.

“So a vector, in our case, is a virus but unlike viruses that try to make you sick, these viruses are genetically engineered to make you better. So the way that virus can make you better involves a technology that was only invented within the last 10 years called CRISPR. CRISPR is a way for genes to be edited. And by taking the bits of the virus that would cause disease and replacing them with machinery, this CRISPR machinery that we can target to edit and fix genes, then repair throughout the entire body,” says Associate Professor Aaron Schindeler, Lead – Bioengineering and Molecular Medicine Group at The Children’s Hospital at Westmead (CHW).

The primary factor limiting the ability to treat genetic bone disease, is how the CRISPR technology should be delivered. Gene therapy trials for other illnesses involve editing cells in the lab and then transplanting them back into the circulation, to have a more global effect on the body. Alternatively, there has been discrete local delivery into a specific location, such as the eye. Altering the majority of bone cells in the body is a challenge as they are not in just one location.

This trial is the first to tackle genetic bone diseases. The vector that the team has already created has been shown to genetically modify the majority of bone cells without affecting other cells in the body. This is revolutionary.

This research can deliver a cure for a disease that is currently incurable and the technology will be lifechanging as the new tools being developed could be adapted in the future for other genetic conditions.