Brothers Koby and Rocco have spent more time in Sydney Children’s Hospital, Randwick, than many. Each brother has faced his own health battle but when they'e together, they're always smiling!

Koby and Rocco clearly take after their Mum, Rachelle. The close-knit family shares not only great big warm smiles, but a positive attitude and strength that reflects the bond they have formed during some difficult times. Rachelle has had to care for Koby and Rocco with the support of the hospital community here at Randwick, with both sons’ going through health challenges as young boys.

Koby, now 12, was just one and a half years old when on Christmas Eve, he was diagnosed with acute lymphoblastic leukaemia (ALL). Rachelle remembers how important it was to try and make the time in hospital as fun as she could for little Koby. She tried to fill his time during chemo with arts and crafts and zooming around the hospital on toy cars to try to keep her boy happy and distracted - Koby hates needles. 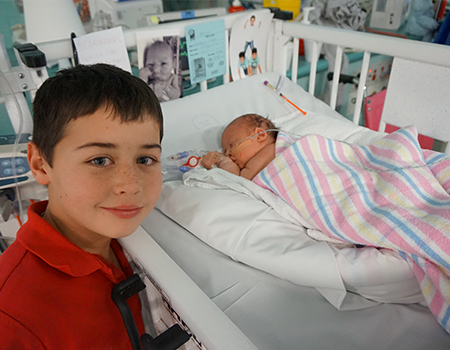 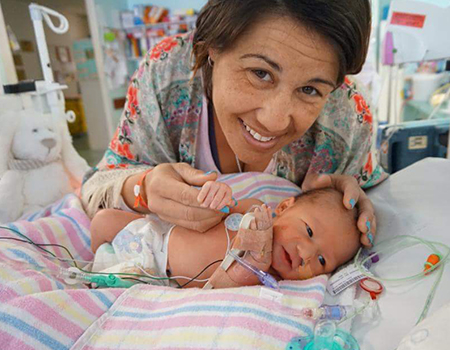 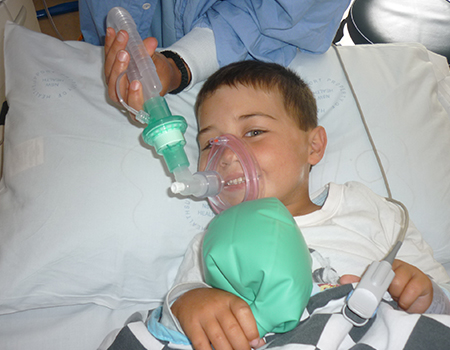 You might remember Koby as the smiling face of our Gold Appeal back in 2010, helping us share the message of the fundraising campaign within the community and helping to raise lots of donations too. Since then he has been in remission for almost ten years! Rachelle is so proud of what a compassionate and caring boy he is growing into. Koby has been an amazing source of support for his little brother Rocco, as he knows firsthand what a childhood in and out of hospital can be like.

Koby’s little brother Rocco was diagnosed with spina bifida at birth. Rocco is an outgoing and determined 4-year-old according to Rachelle, letting nothing stop him. She playfully refers to him as ‘the crazy one’, and although Rocco has no feeling from his knees to his toes, he loves sports and Lego like any other boy his age. 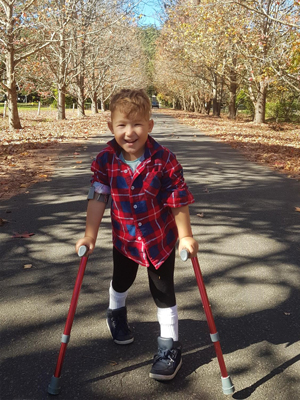 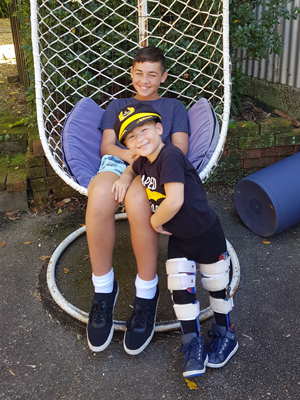 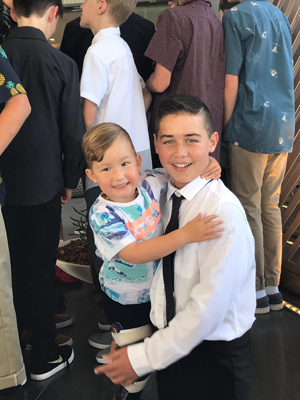 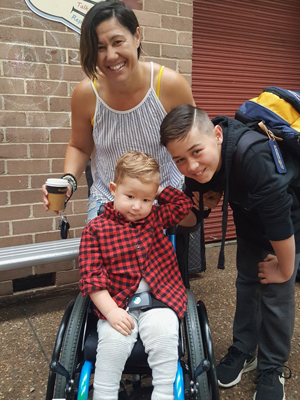 Frequent visits to the Hospital are still a big part of the family’s life. Rocco’s spinabifida means clinic sessions every 6 months, and he recently had a back operation to insert a shunt into his spine to relieve pressure on his brain.  Spending weeks on end at the hospital means travelling from their home on the central coast, which has been a strain on Rachelle and the family.  Luckily, the brothers have a close bond, and Koby cares for Rocco which is a great support for his mum.

Koby and Rocco have needed the expertise of multiple teams across the Hospital from doctors, nurses, social workers and physios and their mum knows all too well how important the Hospital community is. “We know first-hand, now twice over, that we couldn't have coped without all of these people and how many lives they have, and will continue to change, for years to come. This can only continue with the support of funds raised through Gold Appeal.” Rachelle, Koby and Rocco's mum

This Gold Appeal, you will not only be helping sick kids, but parents and families who are going through the hardest of times. Your support will help our Hospital community give first-class care to kids and families who need it most.

“I am forever grateful for this community, that I can proudly call family, who continue to help me look after my children at their most vulnerable time.”

How you can get involved